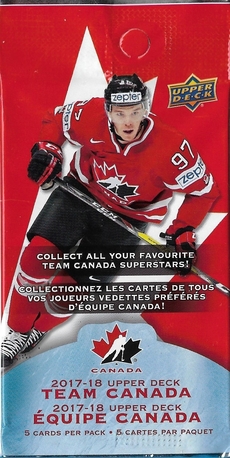 Similar to the recent Upper Deck Tim Hortons sets, 2017-18 Upper Deck Canadian Tire Team Canada is another exclusive product to us collector's up North. Sold at participating Canadian Tire retail outlets for just a $1.99 per five-card pack with any purchase, these cards are quality for a good value.

The promotion started on December 1 and goes until December 28, 2017 (or as supplies last). 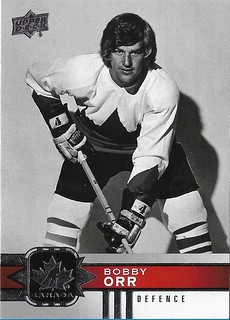 Similar to the annual 'Team Canada' oriented product released by Upper Deck in recent years - the set focuses on players who have suited up to represent the red & white during their hockey career.

The 2017-18 Upper Deck Canadian Tire Team Canada checklist consists of 160 cards in the main set which is comprised of 100 base cards, 40 base short prints and an additional 20 cards that are part of the 'Heir to the Ice' subset.

The fun doesn't stop there, this hefty promo set also includes several insert sets and parallels such as the beloved UD Canvas cards, acetate inserts, an OPC Retro set that highlights some of the all-time greats from the program and 'Vs.' - a collection of cards celebrating the top NHL players who represent other countries. Autographs, serial-numbered cards and printing plates can also be found amongst the product. 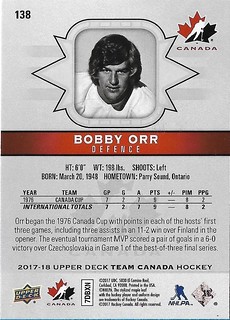 I enjoy the short write-up included on the back of the cards that pertains to the featured players special moment(s) playing for Canada during International competition. It's a nice little addition, you could possibly learn a thing or two from them. 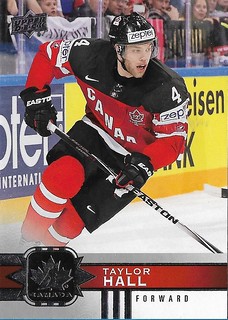 I don't get to watch him play much anymore but I'm still a Taylor Hall fan and tend to pick up his cards when available. I have not seen many (if any) cards featuring him in a Canada jersey so I personally thought this was a rad one to pull. 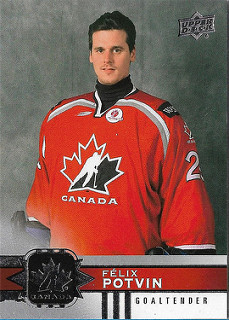 Few would argue that Potvin was entertaining to watch between the pipes during the 90s. Although I don't recall him suiting up for Team Canada during the dead puck era of the decade. I'm assuming this shot was some sort of promotional work that was done. If you have a better idea, leave it in the comments. 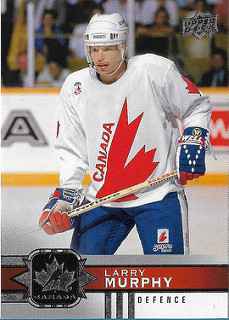 Those classic '87 Canada Cup sweaters are one of my favorite Canadian international competition jerseys. A fairly simple design yet when you see them, you know their origin and immediately flashback to that 'Gretzky-to-Lemieux ' moment. 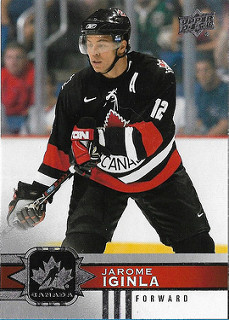 I've tried to showcase as many cards from the packs that featured various Canada jerseys from over the years. Here's Jarome Iginla sporting the unique black rendition from the 2004 World Cup of Hockey. 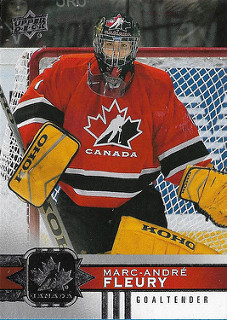 I still miss this guy. I'm going out on a limb and saying that this was taken at the 2004 IIHF World Junior Championships. Even though I'm a Penguins fan, it was nice to see him get the win against his former team the other night. 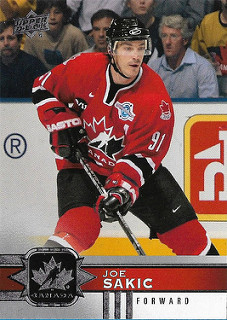 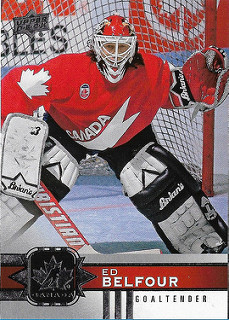 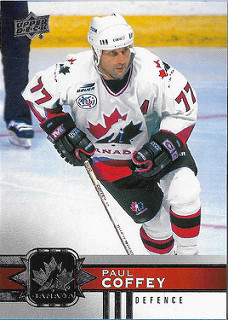 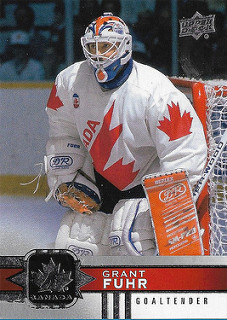 Arguably the best goaltender during the 1980s, Grant Fuhr, standing tall between the pipes for Canada at the 1987 Canada Cup. 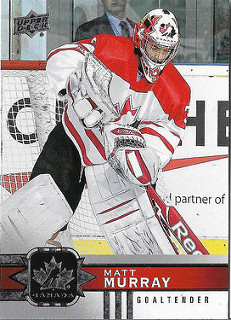 Matt Murray has been getting the royal treatment when it comes to the cardboard - many releases appeasing collectors that feature the Penguins starting netminder and for very good reason. 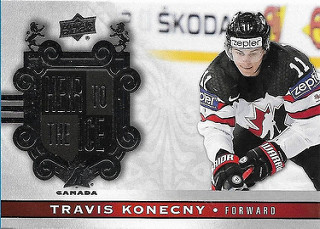 I pulled one of the short printed 'Heir To The Ice' cards from my array of packs, Travis Konecny, not a bad name either. Enjoying a decent sophomore season thus far as a member of the Philadelphia Flyers. 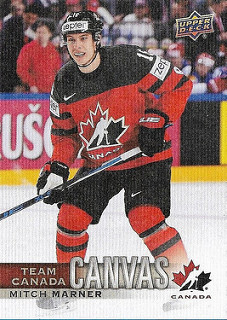 As mentioned previously, Upper Deck inserted the popular Canvas cards in the mix. That texture is prevalent but it seems as if there wasn't much effort put into capturing that outstanding, creative photography that we've come to expect from Upper Deck's set within a set. Photography choice is a little disappointing, nothing I would consider a homerun; Shea Weber even has the same photo for both his base card and Canvas insert. 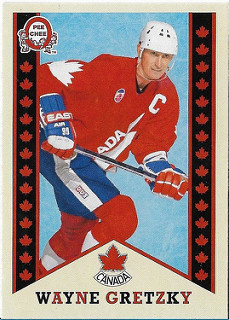 After all the wrappers had been torn and the cards had been shuffled - In terms of value, this O-Pee-Chee Retro Wayne Gretzky takes the cake. You can't really go wrong pulling a Gretzky.

I really like these cards and hope to continue collecting them - if I can complete the 100-card base set I'll be happy but I would feel pretty accomplished if I could also put the short prints together.
Posted by Coast To Posts at 10:44 PM