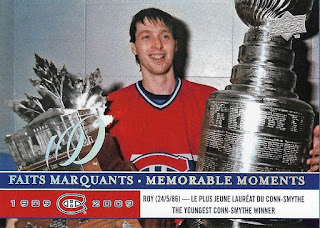 Now that’s a nice hockey card. Patrick Roy holding both the Stanley Cup and the Conn Smyth back in 1986. I was nearly two years old at the time. 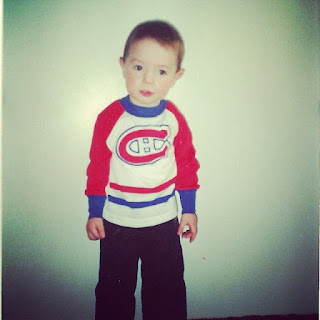 Then just a few years later, the Canadiens would win yet again in ‘93. To put it this way, the Montreal Canadiens were already a popular team by 1993 but I remember the fandom was heavily prevalent during my childhood. So were the Blue Jays! And the Talkboy! 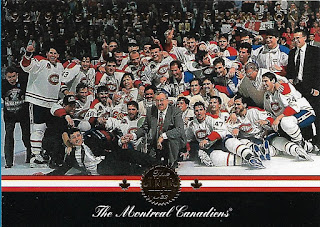 My Grandfather was a big Habs fan, growing up I remember he was really into them; like he was a Hockey Night In Canada at night Sports Desk in the morning  - Big fan. And because of that, my 17 aunts and uncles were raised as Canadiens fans and so on. 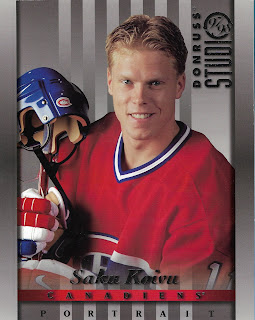 I remember him really liking this 1997 Donruss Studio Saku Koivu card that I owned. My sister had bought me a pack of Studio at a pharmacy earlier that evening and I ended up pulling the Koivu 8x10. I wanted to show him because I knew he would like it. As I had hoped, he did and so I gave it to him. That’s my only hockey card memory I have involving my Pop.

You know, the Koivu Studio is a card with a personal memory attached to it. One of the many cards that holds that effect for me. Every time I look at that card I’m instantly taken back to my grandparents house with a pack of 1997 Donruss Studio that my sister bought for me earlier that day at a drug store.

And that’s one of the things that I love about cards. That they have all these specific memories and stories to tell; it’s kind of like those songs that you hear and they take you back to a moment in your life like a bookmark. How simple yet so appreciative, that ability a Saku Koivu Donruss Studio can have. 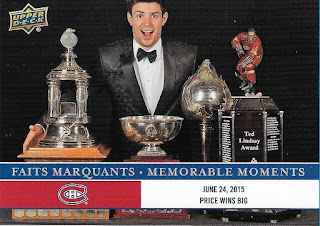 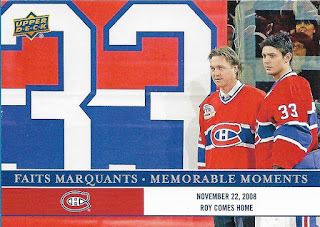 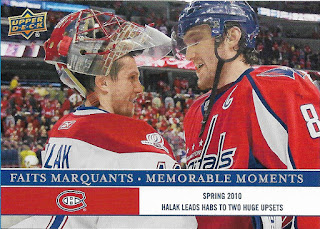 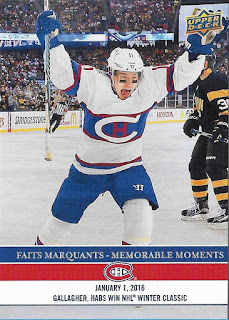 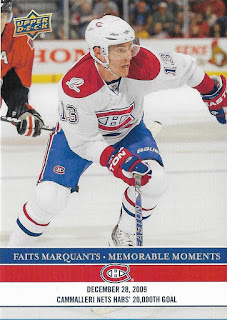 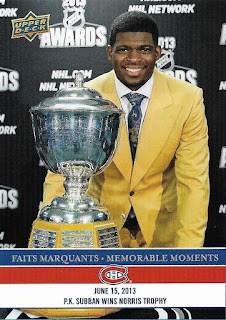 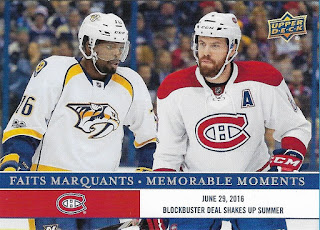 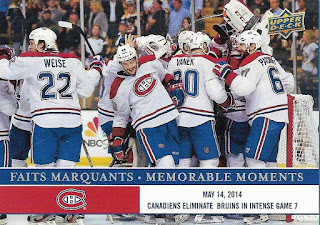 In order to have received the full set of cards that look back at the best moments that took place between 2008-09 and 2016-17, collectors attending L’Anti Expo would have to break 10 sealed packs that were purchased from a Certified Diamond Dealer on the floor.

I'm missing just one card from the release, #MC-0 Jonathan Drouin. It's considered a 'special card' and getting one was a bit of a challenge since they were randomly inserted into packs.

Any cards in your collection have that sort of effect on you as the Koivu Donruss?
Posted by Coast To Posts at 9:16 PM